Bed Bug BBQ: The Men Behind the Scenes

You are here:
Bed Bug News 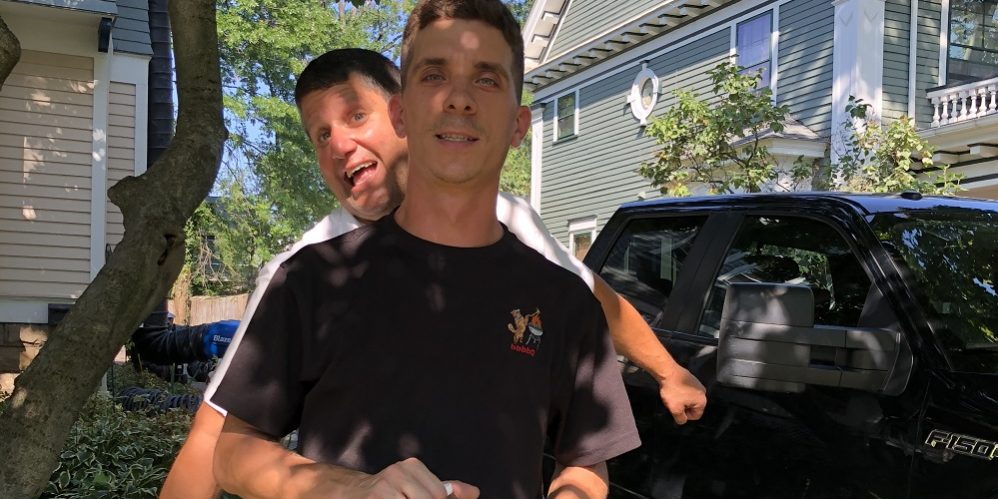 The guys that are willing to work with bed bugs everyday

If you think just because you are the cleanest person in the world that it will protect you from bed bugs, then we are here to set you straight. Anyone can be affected by bed bugs, it does not matter how clean or safe you are. Bed Bugs have a habit of sneaking up on you when you least expect it.

Have you ever wondered what it takes to work in the bed bug business? Well, Danny and Karl are the behind the scenes, heat treatment team for Bed Bug BBQ in Lakewood, OH. The team shares their opinions on bed bug treatments and even their worst bed bug cases they have ever dealt with! 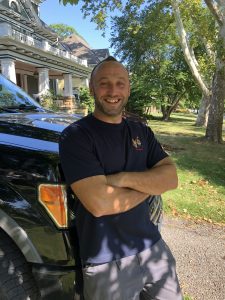 One of the original team members of Bed Bug BBQ is Karl. He has been on the Bed Bug BBQ team since the beginning of the business. Karl was originally born in Poland, but in 1990 his family moved to the United States. His family first lived in Tremont, but he was basically raised in Lakewood.

PS. I only had to take 20 pictures to get one he approved of. 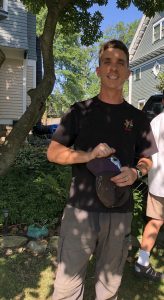 The second member of the heat treatment team here at Bed Bug BBQ is Danny. Danny is originally from Lakewood, and before working within the bed bug industry he was a debt collector for credit cards. He enjoys sunset walks along Lake Erie and eating pizza everyday of the week.

When Danny was looking for new employment, he was introduced to Bed Bug BBQ by his good friend, and now fellow team member, Karl.

Why is heat treatment the best way to get rid of bugs?

“I think it’s a service that everyone needs because chemicals and the Home Depot kits don’t work. People spend the amount of money on that, when they could spend it with us, and be done with it in a day.” – Karl

Even though it is hard for people to grasp the idea of heat treatment being in a different price range than the usual chemical bed bug treatments. Once the customers agree to actually use heat treatment from Bed Bug BBQ, Danny and Karl are able to be in and out of the customer’s house within a day. That night, the customer comes out bed bug FREE without chemicals. All within one day worth of work.

“We guarantee our work, and it works, it really does.” – Karl

Once they start pumping heat into the customer’s house, they have to wait until it gets up to 120 degrees. Once the house heats up to 120 degrees, they start a timer for 4 hours for the treatment to take its course. All together, Danny and Karl are usually on a customer’s property performing the heat treatment for about 6 hours. Which translates into the homeowners only having to be gone for one full day. The heat will continue to radiate and work later into the night.

Over time, people have started to become more knowledgeable about the heat treatment. When people start to see the Bed Bug BBQ heating equipment, they are becoming more aware and understanding of what we are doing. This has become especially true in neighborhoods like Lakewood, or Cleveland. They already know what we are doing when we pull up with all our equipment.

What is the worst bed bug case that you have personally seen?

“The worst case I have ever seen, the infestation had to have been growing for about 5 years. Literally there was bed bugs crawling on every piece of magazine, clothing, couch, chair, the kitchen. When we put the heat in, there is a video of it, there was thousands and thousands of them just on the ground.” – Karl

“When you walk in and you can smell them. In really bad cases you can physically smell the bed bugs. You will see them on the walls, ceilings, 30 of them scattered on the mattress. We have only had a few of those, but they multiply about every 2 weeks.The longer you let it go, the worst it gets.” – Danny

You know the case is bad when the ceiling and the corners of the ceiling are starting to drip in with fecal matter because the customer has never attempted to do anything about the bed bugs. It can be hard to deal with sometimes because some people don’t even know how bad their bed bug case has gotten because it wasn’t really affecting them.

Because of the release of pheromones, bed bugs have a distinct smell that becomes especially prominent when the infestation has been around for a year or more. You can even tell how bad a house is going to be from the smell of the bed bugs because of the built up fecal matter, blood, shedding, and the accumulation of it all. If the homeowner has had nothing done about the bed bugs, especially over a long period of time, then you are going to inevitably smell it.

Does everyone have a reaction to bed bugs?

Some people can actually have no immediate reaction to a bed bug bite. People can get bit, but don’t realize it even happens because they don’t get an instant reaction. This can cause bed bug infestations to multiply without the homeowner even being aware of it.

Karl even stated, “We have vials that we test on, and I won’t get a reaction for 3 days, after I already got bit.”

Some people receive a reaction instantly after getting bitten, but some people do not even get one at all.

Do you think there is a contributing factor in certain areas for bed bugs?

There are so many variables that contribute to someone receiving bed bugs. Especially since nowadays it is so prominent in our society. Bed bugs are everywhere, and you cannot escape them no matter how hard you try.

“There are certain close neighborhoods, it is more prominent because people go house to house, friends to friends. But, you can go anywhere. You can be the cleanest person in the world, and you can go to a restaurant, the movie theatre, go to a friend’s house, or kids go to school with their backpacks.” – Karl

“It can be in nice houses, and it can be in lower class apartment buildings, or cities. We have had doctors, surgeons, people that are out of work. Everyone is affected. Just drew the short straw, it could be anybody.” – Danny

Lakewood for example, has passed an ordinance that the landlords have now become responsible for bed bugs and their eradication. This is because of all the resident’s homes being in such close proximity. Lakewood wants to control bed bugs and stop them from continually spreading because the renting tenants are not going to pay for it. Since Lakewood is such a rental heavy city it is going to land on the landlords to take care of it in the end. But still, it does not matter if you are in a largely populated area or a more spread out neighborhood bed bugs can affect everyone. Bed Bug BBQ has dealt with a huge variety of customers, and luckily they have found a safe heat treatment instead of chemicals to deal with these situations.

Bed bugs can affect anybody, no one is safe. It does not matter about where you live or how clean you are it comes down to being at the wrong place and the wrong time. Thankfully, we have now found safer treatments to use, such as the heat treatments over toxic and harmful chemicals. We are lucky to have found such an amazing team like Danny and Karl, who are responsible for taking care of the behind the scenes treatment for these bed bug cases. If you are ever in need of bed bug treatment these would be the right guys to call.

Hurricane Relief: How to Stay Clear of Bed Bugs
September 11, 2018

Cleveland is in the Top 15 for Worst Bed Bug Infestations
August 16, 2018
Recent Articles
FROM OUR GALLERY